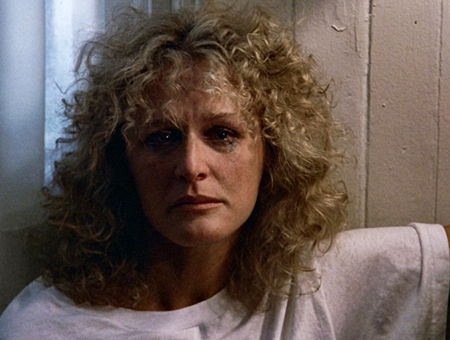 Perhaps it’s helpful to have certain movie characters in mind as we begin to look at Borderline Personality Disorder (BPD). We can recall Glen Close’s superb performance as Alex in Fatal Attraction, Robin Williams in One Hour Photo, and Jim Carrey’s spooky “Chip” in Cable Guy.

In general, a personality disorder indicates an unsafe person who has an above average potential to create conflict – heated arguments, fist fights, lawsuits, etc. – but the borderline are simply dangerous people. If they feel they have been rejected or crossed, their need for revenge consumes them, nor can they be satisfied with anything less than their victim’s complete ruin or death.

BPD is indicated by a prolonged and severe history of mental disturbance. These people do not have a stable sense of self, therefore they often hope to anchor themselves in another person or in what they fantasize will become a stable relationship. It is impossible to predict their mood or reaction to a particular event or situation because they are responding to internal fears and tensions that may not be logically connected to reality.

The borderline person comes on strong. Initially, it might seem like a nice gesture – the new attention – but when the phone calls, emails, text messages and surprise visits become excessive, then the attention gets scary. If the person who is pursued decides he is not interested in the relationship, the borderline lets him know that she will not take no for an answer.

Because they have never experienced a healthy bond with another person or learned how to form one, the borderline personality attempts at forging a relationship are doomed to fail sooner or later. They undermine one relationship after another until no one wants to be around them. Of course, this only increases their distress and determination to try harder. Their lives are drama and dysfunction.

There is no nice way to ease out of a relationship with a borderline personality. Any attempt at kindness will be interpreted as an open door, which they will never stop trying to enter. Any attention given to the borderline will only lead to mayhem and grief.

A borderline’s behavior may also include self-mutilation as a way of trying to control their intense and erratic emotions, or as a self-inflicted punishment they feel they deserve.

The medical profession would be well-served if our education included a course on Obsessive Relationship Pursuit. It is not uncommon for people with BPD to be attracted to people they perceive as professional, stable, powerful and successful. Again, what they hope to gain is the stability and balance that their own life lacks.

There are some instances where, during initial contact, we may not respond to a borderline the way she hoped, or somehow caused her to feel slighted. Then, it’s possible that she will demonize us. At that point, we fall of her radar as if we had never existed. If this should ever be your experience, you are fortunate.

If you are struggling with a borderline personality in your own life, feel free to contact me for support and advice from an experienced practitioner’s point of view. I can be reached at (949) 481-0118.