Got a Histrionic in Your Life? 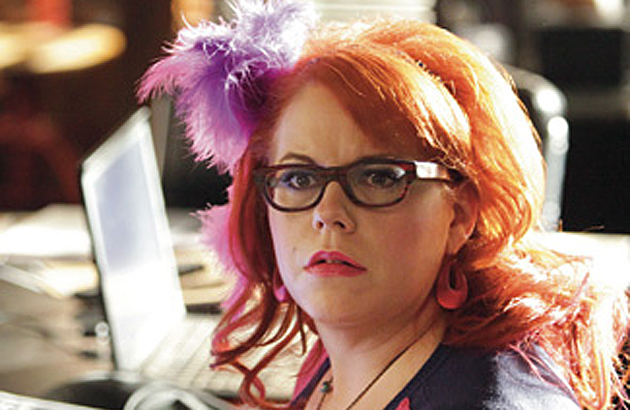 Over these summer months, I’ll be addressing various personality disorders.

Personality disorders are varied, for sure. When family or friends discern in someone they know the signs or symptoms of a disorder, they should assist that person in getting help as quickly as possible.

In some cases, psychologists are reluctant to treat personality disorders because they can be difficult to treat and might require years of ongoing supervision to finally vanquish. Treatment is further complicated by the fact that many people with this disorder are not aware of their condition, deny the diagnosis when presented to them, and refuse therapy because it forces them to face exactly what their disorder protects them from facing.

Take, for instance, the Histrionic:

There are two television characters that will instantly give you an idea of the behavior of the histrionic: Mimi from The Drew Carey Show and Penelope from Criminal Minds. Although Mimi’s garish make-up was way overdone for comedic effect. Penelope’s is a close second. To that that the histrionic is constantly trying to draw attention to himself or herself is a gross understatement. Receiving attention from others is – for them – a desperate need, and it is so overwhelming that they feel they will cease to exist unless they can somehow draw attention to themselves

The attention-seeking behaviors of the histrionic may include expressing excessive emotion, exaggerated hand gestures and body language when talking, women with large hair and large sunglasses, flirtation, and seductive maneuvers, living in a constant state of emergency neediness, and a craving for approval that, like a black hole, can never be filled.

Sometimes enthusiastic and vivacious, always dramatic, the histrionic is frequently the life of the party, lighting up the room as soon as they enter – sometimes too bright. They have little fear of being loud or inappropriate in public and will even use that to manipulate family and friends who would rather not draw negative attention to themselves.

Two to three percent of the population is histrionic, and it is seen in women roughly four times more than in men. Hypochondria is not uncommon for a histrionic, who is likely to exaggerate symptoms, perceive minor problems as symptomatic of a serious life-threatening condition, and frequently seek medical attention or alternative health care. They’re drama queens. Everything to them is a crisis, which they thrive on. Their misreading of their physical health is only one of many ways that their thinking may be delusional. Some are adept manipulators who have learned how to work people to meet their need for attention, although in reality, the need is never met.